I had never been to a holiday for the sake of a holiday till I was 24. This shouldn’t be surprising considering I’m born to self-realised Social Activists/AidWorkers who can never really draw the line between work and anything else and it would be hypocritical of me to complain because in this field, work is life. And I’m pretty much the same. Still, any holiday we took as children would be combined with a work detour. When we went to the beach, we also made a side visit to the fishing villages that were struck by tornados or a giant tsunami. If we went away elsewhere, there would be villages with a flood situation, with food scarcity and with sheep I could kidnap. 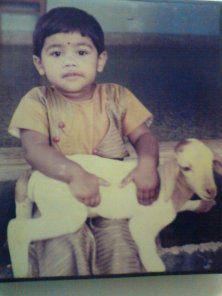 For every essay we had to submit on Shakespeare and the Skeletal System, we had a summer of adventure to look forward to, so much so that the idea of just getting away to do nothing seems preposterous even after all these years. I went backpacking across Europe to end up volunteering in a small village in France. I went to Africa to see the place but ended up working for 7 straight months – even in places where I went to take a break. You know where this is going right? Classic movie sequence of epiphany that hits because of something a stranger observes that you hadn’t even realized before? Yeah, that.

That was my first holiday, and like all firsts, you remember it fondly. I went to Zanzibar thinking I’d spend one day looking around and the evening at the beach and the next day, volunteering at a Madarasa. I ended up staying a week and doing nothing but sipping gin cocktails, making friends with a cat that was older than the island and taking in sunrises and sunsets on the Indian Ocean. I had quite a bit of unlearning and letting go to do.

Earlier this year when I realised I could go away again, I picked a place because my grandmother, who I’ve come to know only through the stories I’ve been told, was born there and came away to India by a treacherous ship journey that took months and months. I learnt that she used to be royalty in Malaysia and when they came to India, they lost everything. And she had her adventures- she was the first of her family to study in a British School when they opened up the schools to Indians (It was the same school my sister and I studied in) She fell in love and married an orphan boy and lived a life she never thought she could/would.

When I booked my tickets and got my visa, people asked me why I was going – I had a massive Sméagol fit.

2 weeks on a holiday doing nothing but exploring? Not going near a volunteer project or a social cause? Not on any freelance travel writing project? An empty itinerary/list of things to do? Just going with the flow? And then I was finally able to say it.

I’m going for me.