It’s a pretty well-known fact that when I’m not obsessing about food, Google searches that lead to my blog and local legends, I’m swapping stories of bizarre dreams. So when I dreamt of fish trying to lose weight at a gym, my 5 years of education in psychology reminded me that I ought to be recording this. It would only be fair to my good friend Freud. No? 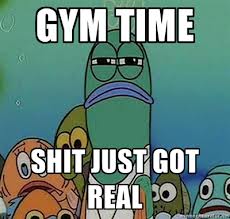 And thus, Freudian Fridays was born – I’m going to go around collecting dream stories when people least expect it. I conducted an interview last Saturday and I secretly slipped in the “tell me your dreams” bit and he spoke about how he was teaching the pope chords to Stairway to Heaven. His li’l boy (age 4) told me about how Ben 10 and he were jamming to Back in Black (ONLY in Bangalore!)

I thought I’d start this off by inviting a guest-blogger. A good friend and fellow blogger Wilhelmina was my first obvious choice because we share a love of cheesecake and Star Wars. Apart from my obvious bias, I’ve been following her blog for over a year now and have never been disappointed. Head over to Lazy Happy Bored Happy Sad to read more.

I‘m not a happy dreamer, sure there is the occasional nice story about vacation and flirting but the overall consensus seems to be that my brain is a rather dark place to be stuck in during a dream. Most of my dreams are quite bizarre, I don‘t know if dreams are even meant to make sense or not but for me – they usually don‘t. Maybe I’ve read too many crime novels and watched too many cop shows though some of the more terrifying dreams occur after reading romance novels and not after watching American Horror Story. Surprising, tell me about it!

When I‘m stressed, I move in slow motion through my dreams. I‘m chased by murderers and cannot get away from where I am until I wake up. I‘m being shot at but there is nothing to hide behind because I‘m stuck on the upper level of a house and most of the roof is already gone. Lightning kills a couple of people in a house. Or a rocket propelled grenade is aimed at the house I‘m currently living in with some friends and their kids and we just have time to flee from it, jump out of the windows and escape to the neighbouring house that is coincidentally my grandma‘s home before it bursts into flames. Oh, and never try to dream-stalk me by appearing in various dreams because I will yell at you that I’m gay and you will simply die, at least when you’re male.

There is a street with multi-level housing on both sides. On the ground floor of those houses are shops and the upper levels are apartments. I am living on one side of the street and as it happens I‘m looking at the flat just opposite me and there‘s a strange commotion going on. At first it‘s difficult to make out what is happening but after I recognised the act, I wish I hadn’t  There‘s a young girl being murdered, brutally hacked into pieces and I wish I could look away, unsee what I just saw but I can‘t.

On the floor above me lives a young man who is unfortunately not in his right mind. He‘s far from dangerous, seems like a sweet kid just not present like we ‘normal‘ people are. Why I have to think of him right now, I do not know, the thought of him just popped into my head as I still stare at the scene across the street from me. I‘m not even trying to hide my staring, it‘s getting dark outside but I haven‘t switched the light on yet. The thought of the murderer seeing me watching him doesn’t even register with me. It‘s like I‘m in  trance, unable to do anything but stand there and stare. A good person would have called the police instead of standing glued to the floor on the same spot doing nothing at all.

Suddenly though, something is making The Butcher (not sure where my subconscious knows the name from but let‘s just roll with it) stop and he moves to the window and then everything is catching up with me. My mind races. ‘Oh my good, he has seen me. He looked straight at my window, straight at me and he knows. He knows that I saw him.‘ Then I rush to the phone and call the police but as I wait for the ring he is gone from the window. I know my door is locked because it always is when I‘m home but will it keep him out long enough for the police to get here? I wait for him to get me – to try and open my door but nothing happens which is even more terrifying.

Moments that feel like hours pass and then I hear the door in the flat above me being opened, the one the handicapped boy is living in. It must have been him The Butcher was staring at, not me, I think while sadness and relief are fighting for the upper hand on my emotions. The last thing I hear is the sound of metal on metal like the sharpening of a knife and then I wake up.

This still gives me chills and it‘s been years since that dream. Usually I fight in my bad dreams even if everything is moving painfully slow I try to do something. Not this time though, I‘m just frozen. The actions don‘t even concern me that much, the villain is not after me for once, I am just a spectator nothing more. I’m not sure why this is so scary for me. Maybe I’m afraid that I will be a bystander when I witness a crime or another kind of wrongdoing and won’t do anything to help because I’m too scared or whatever it is that’s keeping me from helping. From doing something – anything.

I don’t want to be that person, sure self perseverance is key but there is always something to be done. I hope that courage will find me when I truly need it and that my imagination won’t get the best of me. Until then, let’s just hope you never get stuck in my head while I’m asleep.

What do you make of the dream? Would Freud have  field day? Have you had similar dreams? Let us know!